It is clearly much better for users if they can see items in their own language.  Throughout Joomla! there are many language translations, and the same applies to jDownloads where many languages have been added and more continue to be added.  These language files use what is known as utf-8 encoding to represent each character in the choosen language.  If you would like to know more about utf-8 then a good place to start is https://en.wikipedia.org/wiki/UTF-8 (opens in new tab/window)

The settings for utf-8 is in Options - 'Files and Folders' tab along with various other file and folder naming options as shown opposite.

To use utf-8 character encoding for file and folder names just set the 'Use UTF-8' option to Yes as shown.  It is the default setting and suits the large majority of sites.

Summary:  Basically if your site supports UTF-8 then all is well and no further action is required. 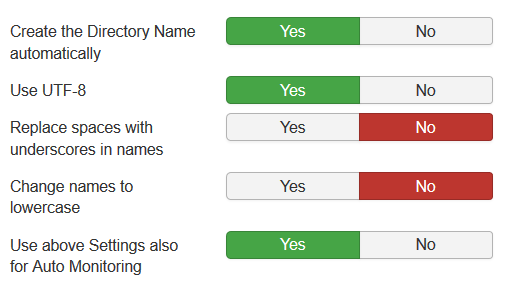 But using utf-8 in file names and folder names may prove a challenge!  This is not because of jDownloads or Joomla! but because your hosting site may not support utf-8 in its control panel!  Most hosts use a Linux based system.  Intrinsically Linux allows any character in a folder or file name except for '/' and 'null'. If the control panel does not support utf-8 then the file and folder names are unintelligible.  Even worse they may appear visually the same as the original could have included a whole variety of so called illegal characters that have been replaced.  That is the main problem is often the host server file system.  A very common control system for servers is cPanel.  This is not always configured for utf-8.  For example see the link below
https://kb.siteground.com/how_to_change_the_language_for_cpanel/

If your host site does not support utf-8 in files and folder names then there is another alternative which is also supported by jDownloads.  This is 'Transliteration'.  This is suitable for those languages that basically use accented characters such as French, German and so on. In this case transliteration means that, for example, German characters with an umlaut are converted to standard ascii equivalent without the umlaut.  Most European languages and many other languages are fundementally based on Latin characters with some accent or similar 'extras'. Cyrillic languages are the same in this regard.  For example with transliteration the French e acute and e grave become just the letter e.

How does transliteration work

The table opposite shows part of the Joomla! transliteration table.

All the characters that are on the right hand side of the table are changed to the coresponding character on the lefthand side in the website file system but the original character is retained in the name stored in the database. 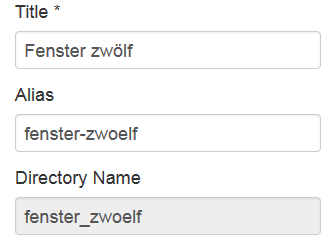 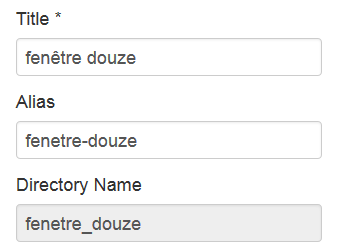 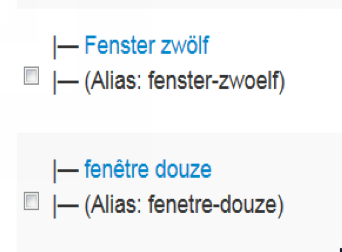 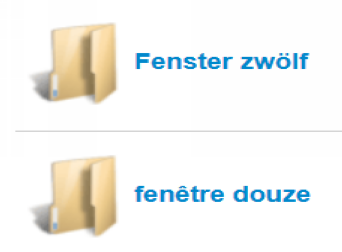 To Activate transliteration set Option "use utf-8" to No.

This reveals two further options as illustrated opposite.  It is recommended both of these are set to Yes.

In summary then the main problem is often the host server file system does not support utf-8 as noted above.