jDownloads supports showing the ID tag information held in MP3 audio files.
Typically the Download and Download Details layouts contain a pair of lines such as

The tags typically give details such as the artist, the music genre, date of production and so on as illustrated opposite.

For demonstration purposes the tool MP3tag v2.91, available from
https://www.mp3tag.de/en/
was used to edit the ID3 tags of MP3 files as shown opposite.
There are however some challenges as the MP3 ID tags may be in different encoding such as

That is what is actually shown depends on the encoding as illustrated in the three pictures below where 3 different encodings have been used.
The utf16 encoding has a strange 'yb' in the front of some text so should be avoided.
The utf8 has missed out the year but the iso variant looks OK. 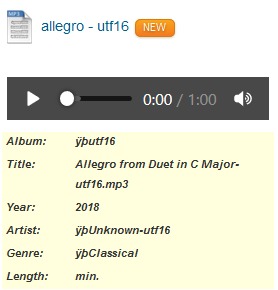 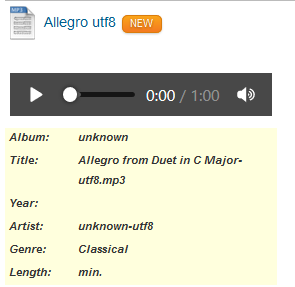 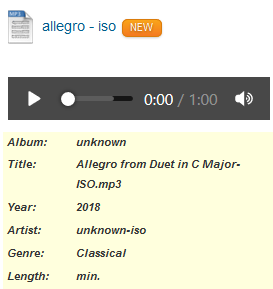 As shown opposite MP3tag has in its Options a default setting for the encoding.  So if an MP3 file is saved then it will be saved using the selected encoding. 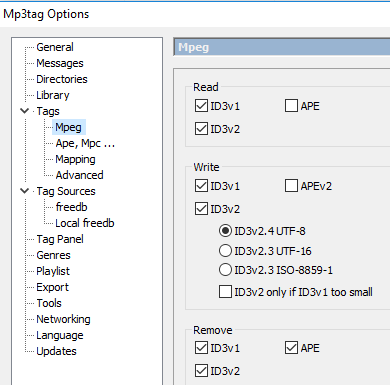